Fire Alarm and Detection Systems are composed of some basic elements:

The alarm centre is responsible for collecting the status information from the detectors and, in the event of verifying an alarm situation, activating the buzzers

Alarm panels are classified as addressed or conventional.

Addressable control panels allow each element to be identified individually and, in this way, the exact location of a possible alarm. The field devices communicate with the central unit via a communication protocol which, in addition to the alarm or fault information, can also indicate other parameters such as the degree of contamination (dirty detector) or receive commands such as adjusting the sensitivity level.

Depending on the degree of intelligence of the detectors and the panel itself, the alarm panel can also be classified as "Analogue" or "Intelligent", as it provides more information about its operation and allows a wider range of configurations. This intelligence makes it more adaptable to the conditions of each environment.

Conventional control panels are simpler and suitable for smaller environments or environments with less compartmentalisation. They identify alarmed zones, each zone being composed of one or more detectors, limited to the maximum indicated by national standards or by the manufacturer (the lowest value prevails). They are simpler and less expensive but less precise in indicating the exact location of the occurrence, as they indicate the total area composed by the set of detectors connected to the same zone.

Every supervised circuit with return wiring to the central unit, starting from the last unit. Thus, an eventual interruption at any point does not cause partial or total paralysis of its operation. It is ring-shaped. 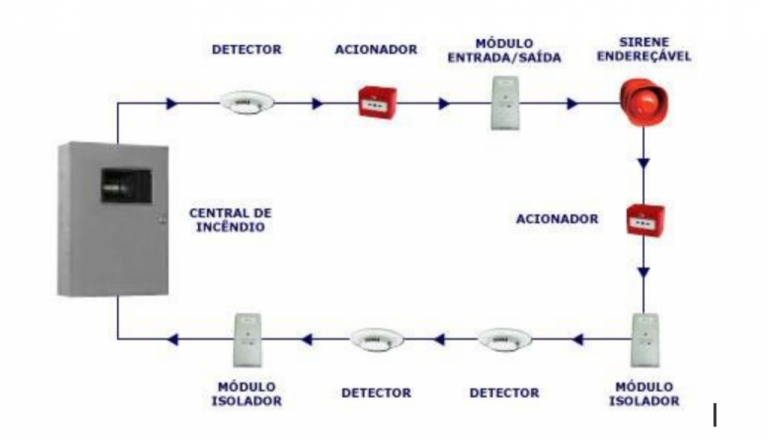 Supervised circuit with no return wiring to the central unit. Thus, an eventual interruption would cause partial or total stoppage of operation. 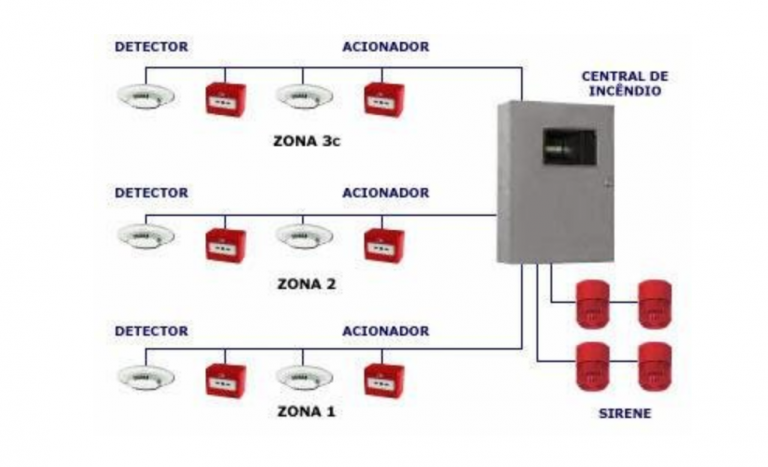 As part of an efficient safety system, capable of controlling and even extinguishing the source of a fire, the smoke detector plays a key role in this process, given its function of triggering the other combat devices, which hinder the spread of fire and minimize the chances of accidents of large proportion, enabling rapid evacuation of the site.

Analogue detection system in which the detectors have one or more criteria for evaluating measurements of the environment as a function of time, whose signals are compared by a pre-programmed logic circuit to activate the alarm. The detectors continuously monitor the values of their sensing elements (for example, temperature, smoke), are capable of making decisions and communicating with the central station, informing their alarm, pre-alarm and/or fault status, among others.

Detector designed to operate when combustion products, which occur in its operating area, are led through a network of pipes and air suction to its detection device.

As part of the mechanisms for quick detection of outbreaks of fire, the optical smoke detector is a piece of equipment that works with the latest technology through an innovative system of verification and activation, quickly directing information and preventing the flames from spreading.

Used in both large-scale and localised environments, the optical smoke detector is already highly regarded and used in various fire-fighting systems, guaranteeing safety and control for the client.

These are fire detectors used to monitor basically all types of environments containing materials, whose characteristic at the onset of combustion is the generation of smoke.

The most commonly used point smoke detectors are of the optical (photoelectric) and ionic types.

Installed strategically in the areas to be protected, the smoke detector identifies the presence of both smoke and heat and, being interconnected with the fire central, issues the signal to activate the other fire fighting peripherals, such as alarms and sprinklers.

In that sense, the smoke detector can be part of it:

As it is safety equipment, the smoke detector must be developed in accordance with the guidelines of the sector's main regulatory standards, which attest to its effective performance.

PERFORMANCE METHODS AND GUARANTEES FOR THE OPTICAL SMOKE DETECTOR

Unlike temperature sensors, the optical smoke detector provides verification through visible smoke. This is possible due to its work with leds and light scattering systems installed inside, which, by emitting infrared rays, detects the smoke as soon as it enters the equipment and triggers a receptor mechanism that, when induced to stop this optical transmission, activates alarms and directs the warning to the control center.

With this operation, the optical smoke detector is recommended for places with greater movement of people or that present greater risks, however, its use is already consolidated in various environments and can act in conjunction with other detection systems.

Furthermore, the optical smoke detector can be used in both traditional detection systems and addressable media, accurately pinpointing the focus of the incident.

The optical smoke detector operates in this way, allowing for quicker detection, which in turn leads to shorter reaction times and greater chances of eliminating the flames.

The optical smoke detector is also considered a quality piece of equipment with great precision, eliminating the need for recurring maintenance and ensuring convenience for controllers.

The conventional smoke detector is a security device against fire, being triggered when it detects smoke and heat through its sensors. It has high electronic technology, as the technical standards require, and therefore is very efficient, reliable and brings facilities to the owner to associate new devices or sensors and speeds up maintenance services due to the high technology of its system.

The installation of a conventional smoke detector is easy and simple to carry out, as this device has no restrictions on polarity reversal. Its installation must be done taking into consideration the space for the viability of the maintenance services, allowing free access for the repair operation.

Conventional smoke detectors are equipped with optical technology cameras that work as an optical sensor capable of identifying smoke particles coming from a wide and varied range of combustion sources. Thus, even small fires can be detected right from the start, thus preventing the flames from spreading.

The main advantage is the safety and efficiency, since a conventional smoke detector is subjected to a series of tests such as UV test, acrylic pressure test, climatic chamber and stand-by current test before it is sold.

They are used to monitor environments with the presence of materials, whose characteristic at the beginning of combustion is to generate a lot of heat and little smoke. They are also suitable for environments with steam, gases or many suspended particles, where smoke detectors are subject to undesired alarms.

Installed in environments where, when a certain temperature is reached in the sensor, a fire outbreak is surely indicated;

Installed in environments where the rapid rise in temperature of the sensor is a sure sign of a fire outbreak.

They are installed in environments where it is desired to detect the appearance of a flame. Their installation should be executed in such a way that their field of view is not impeded by obstacles, to ensure the detection of the fire outbreak in the area protected by them. Flame detectors must cover the protected area so that there are no hidden points where a possible flame could be generated.

RECOMMENDED IN THE FOLLOWING APPLICATIONS:

Detector used for localised applications and must be installed close to or in direct contact with the material to be protected. The linear temperature detector is normally used in cable trays, conveyor belts and similar. For maximum length, flexibility, mechanical resistance, radius of the coverage area and physical characteristics of the cable, the manufacturer should be consulted.

The air sampling detector operates actively by drawing in ambient air through a calculated pipe and passing it through the chamber of the detector device. It is considered a highly sensitive detector.

Due to its architecture and sensitivity, this detector is recommended for special environments with the following characteristics:

This type of detector becomes even more efficient when monitored by trained personnel in order to carry out an immediate site check and take action appropriate to the stage in question, as follows: 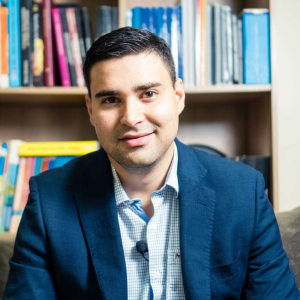 This website uses cookies to improve your experience while you navigate through the website. Out of these, the cookies that are categorized as necessary are stored on your browser as they are essential for the working of basic functionalities of the website. We also use third-party cookies that help us analyze and understand how you use this website. These cookies will be stored in your browser only with your consent. You also have the option to opt-out of these cookies. But opting out of some of these cookies may affect your browsing experience.
Required Sempre ativado

Necessary cookies are absolutely essential for the website to function properly. This category only includes cookies that ensure basic functionality and security features of the site. These cookies do not store any personal information.

Any cookies that may not be particularly necessary for the operation of the website and are used specifically to collect personal data from the user through analytics, advertisements and other embedded content are referred to as non-essential cookies. It is mandatory to obtain the user's consent before running these cookies on your site.